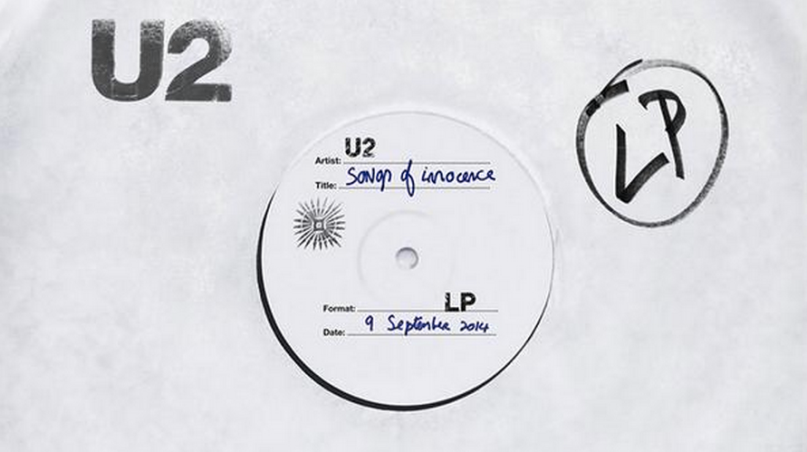 Speaking of Irish musicians, anyone who just watched the latest Apple reveal also found out that U2 just released their latest album (surprise!) for FREE today on iTunes, called "Songs of Innocence."

The band's last album, "No Line on the Horizon" left a bit to be desired in many fan's minds - aside from "Magnificent" and "Moment of Surrender," it was a bit of a lost album to me, as though they were trying too hard. So while I'll save any 'reviewing' of the new album until I've actually had a chance to let it sink in, upon first listen I'm pleased to hear music that's "U2," but refreshed. There are some tracks that have a harder edge ("The Miracle (Of Joey Ramone)") songs that kind of have a throwback U2 sound ("Every Breaking Wave," which is a song the band has performed since 2010), slower ballads ("Song for Someone"), songs that will appease U2 traditionalists ("Iris"), and infectious rock-pop tunes ("Raise by Wolves" and "Cedarwood Road"). On its surface, it appears the main ingredient is it's alt-rock flavor, with a continuous undercurrent of early U2 works.


You can download for free right now on iTunes.

What do you think of the new album?
Posted by Rachel at 1:49 PM