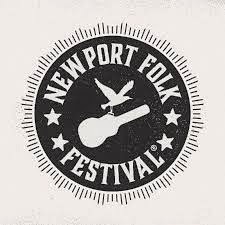 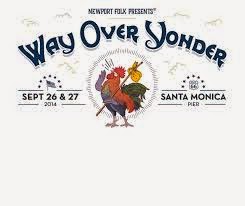 If you are like most unlucky souls, then you were most likely not at the Newport Folk Festival this past weekend. But that's OK, because the music internet gods have once again smiled and bestowed upon us a whole bunch of audio to listen to from the festival. And by audio, I mean full live sets. (And by music internet gods, I mean, of course, NPR Music.)

In case you are a west coaster, you can catch this side of the country's version of the Newport Folk Festival at the Way Over Yonder Festival, being held in it's second year at the Santa Monica Pier this September.  This year's headliners include Jackson Browne and Local Natives. Tickets are on sale here.

Also, if you are into music photography then go check out Brian Lima Photography's Facebook page. He's one of the main photographers at the Newport Folk Fest each year and his photos are entertaining, enlightening, amazing, and make me want to poke my eyeballs out that I wasn't there. But his photos are the next best thing. There's a fantastic shot of Ryan Adams checking his hair in Brian's lens right before going on (which I also shared on my Facebook page) Trust me. Its worth the extra click to go check it out.