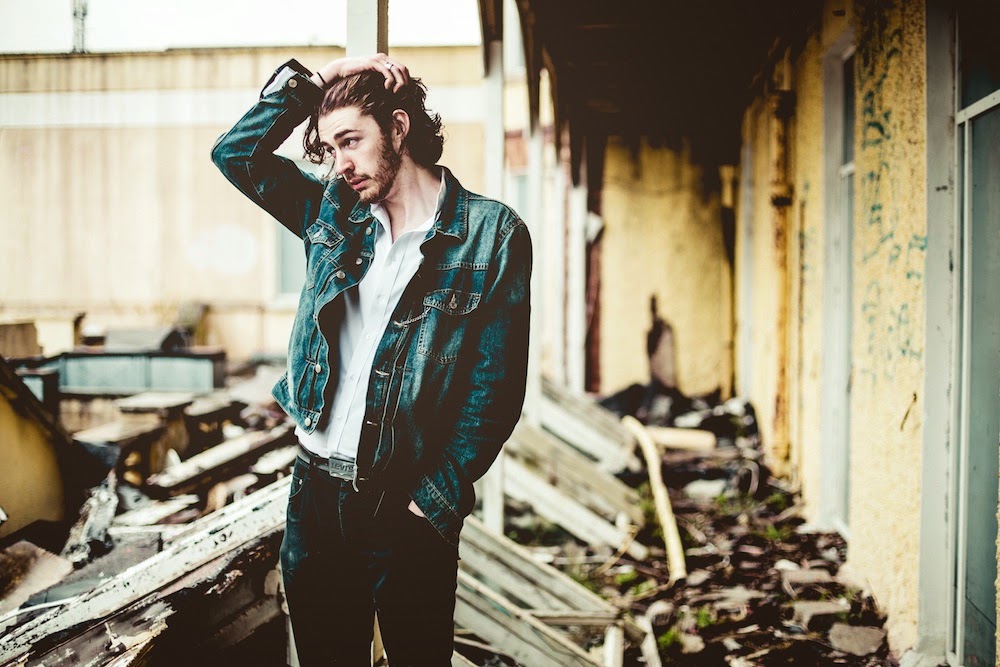 There's been a lot of coverage here over the years of artists out of Ireland. My obsession with artists like Glen Hansard and Bell X1 has been mostly driven by their melodic and heartfelt performances, combined with just enough folk enchantment and storytelling to make you feel every song right at your core.

Seductive, bluesy and provocative aren't usually terms that come to mind when describing this kind of music, but thanks to new artist Hozier we can add those adjectives to the list. Hozier (taken from his name, Andrew Hozier Byrne) has an old-soul feel to his County Wicklow-born vocals, which are matched perfectly with his sensual gospel sound. If that sounds like a strange dichotomy, it is.

Hozier's first single, "Take Me to Church," is quite literal in it's attempt to intertwine the language and views of the church into basic human desires.  "Take Me To Church" claims religious themes and vocabulary for something he considers even more holy- sexuality, stating in a recent interview with Mother Jones that "There is no greater celebration of life, and nothing more human than a sexual act."

There are a few other sides to Hozier- while keeping his soulful core intact on each track, he also masterfully weaves in other elements that make each track a singular ride of it's own: "To Be Alone" off the "From Eden" EP is a sinful, bluesy piece that hums along suggestively and "Like Real People Do" brings in some traditional folk sounds giving it a softer feel. After a hugely successful stint at this year's SXSW, Hozier's new EP "From Eden" is out on iTunes in the US on April 1 (available now on Spotify).

Check out more from Hozier below.

"Take Me To Church" Live at KCRW:

"To Be Alone" Live at KCRW:

You might also like.....
Drive All Night
Russel Howard
Foy Vance
Sam Brookes
Travis
A Sense of Dublin
Posted by Rachel at 10:35 AM No comments: