Coldplay hasn't released a full album sine 2011 (Mylo Xyloto) and although they released a single for The Hunger Games (Atlas), they've been lying pretty low these last few years. Apparently while the band hasn't been very public as of late, they have been quietly working away enough to pull a Beyonce and drop a new single today without any warning.

"Midnight" has already garnered comparisons to a Bon Iver sound, which is true to some extent- the heavy use of autotune a la Bon Iver's "Woods," an overarching ethereal quality, and a haunting resonance. But there's also a deeper, urgent electro pop base that drives the song, complete with the transformation into a club vibe towards the end. Just as quickly as this builds, though, it recedes back leaving us with the autotuned vocals of Chris Martin. Check it out below or on YouTube/Vevo.

Posted by Rachel at 5:55 PM No comments:

New Music from NO 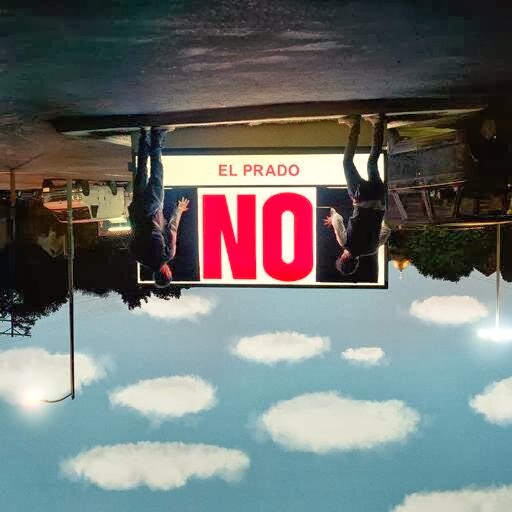 LA based band NO has been on my radar for awhile now, after a serendipitous listening session I had on Daytrotter from last year. Shortly after, I caught the band live at the Troubadour and knew they were headed for great things - the tiny stage at the Troubadour is too small for where these guys are going.

After touring all year in support of their debut EP "Don't Worry, You'll Be Here Forever," this week the band released their first full length album, "El Prado" (on label Arts & Crafts). The album includes a few of the tracks off their debut EP ("Another Life," "There's a Glow" and "Stay With Me") where they've refined the rawness and added in some nice production quality, but without overdoing it.

A 13 track album that clocks in at almost a full hour, it flows seamlessly from track to track, purposefully so at times, with interludes and connections between songs. But don't let that smooth flow fool you- this is an album that rocks, period. It kicks off with the forceful "Leave the Door Wide Open" and keeps kicking throughout. "Monday" gives a nod to the 80's new wave sound without being cheesy, managing to make it sound organic to them by keeping the sound updated. "North Star" shows a darker, melancholic side of the band, and a few tracks (like "Hold On") are all of these things at once.

Anthemic and haunting without being over the top or pretentious, it's an album with a solid, rock vibe polished from show after show on the road. Lead singer Bradley Hanan Carter's vocals are deep and have been compared to Matt Berninger of The National, and while there are some similarities in vocal tones, Bradley's vocals are much more melodic. It's his deep, pained-yet-directed voice that leads each song forcefully throughout on this stellar album.

You can buy "El Prado" on Amazon and iTunes.

Check out NO covering Leonard Cohen's "Suzanne" (via Cover Me Songs):


NO on the web and on Twitter.
Posted by Rachel at 2:45 PM No comments:

Email ThisBlogThis!Share to TwitterShare to FacebookShare to Pinterest
Labels: el prado, NO, NO band los angeles, NO echo park, rock

New U2 "Invisible" Video and Donate to (RED)

It's Valentine's Day, which means everyone is looking for love songs and posting Valentine's Day mixes. I, on the other hand, am spending the day watching one video over and over again. U2's brand spankin-new single, "Invisible," now has a stellar black and white visual feast in the new music video posted this week.

The tune itself has a little more edge - both The Edge's trademark guitar and an overall edginess in the sound itself thanks to influences like Kraftwerk and The Ramones - which is all eloquently balanced with the lyrics. In a recent BBC interview, Bono talks about writing "Invisible" about his experiences leaving home and trying to get the band off the ground, but the lyrics could also take on a broader context given Bono's charity work. It's the kind of dual-meaning lyrics that the man with the rose colored glasses does so well, whether he intends to or not. Lyrics like, "I'm more than you know, I'm more than you see here" and "there is no them, there's only us" could just as easily be about any of the millions of people Bono's (RED) charity helps. So in the spirit of this holiday, and in taking those lyrics to heart, consider donating to this remarkable organization.

There is no them, there's only us.


You can donate to (RED) here.

Check out the new video below.

Posted by Rachel at 5:21 PM No comments: