Tuesday Listening: Travis - Where You Stand 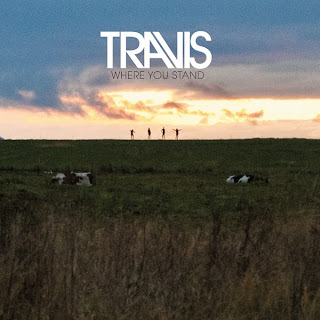 The last decade has been a fantastic time to be a music fan. Any song can be conjured up with a click, and there is more music bubbling to the surface allowing for more exposure to more music than at any other time. But with so much new music coming at us so fast, sometimes it can be nice to step back and revisit an old favorite. What's even better than revisiting? Getting new music from an old favorite.

Scottish band Travis has long been considered a recipient of the post - Oasis - brit-pop favor, alongside bands like Coldplay and the Stereophonics. And while Noel and Liam are still duking it out amongst themselves, Travis has quietly been releasing album after album since their debut, 1997's "Good Feeling." After a five year hiatus, and sixteen years after their first album, Travis is back in full force with a new album, "Where You Stand." The band returns with a renewed sense of vigor on an album that leads more with upbeat and poppy tunes, and less with the grey-tinged tunes from earlier albums like "The Man Who" and "The Invisible Band."

Some tracks, like the openers "Mother" and "Moving," have a distinct Keane feel with a piano-driven sound that began to poke its head out on previous albums like 2007's "The Boy With No Name." Their album history illustrates a constant teetering between a melancholic brit pop base and a sunnier, more upbeat vibe. "Reminder" is full of a galloping beat and even some whistling alongside a downright positive sounding Fran Healy singing lyrics like "only love, no regrets." With this album, Travis seems to be firmly headed out of the rain. 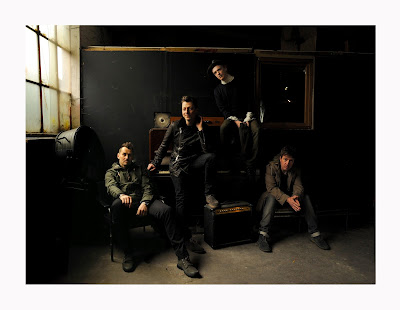 But don't worry melancholic brit-pop fans, this is still a Travis album. The wistful, contemplative nature of past albums is still present as an undercurrent throughout each track. Check out "Another Guy" to get a taste of how Travis' depressive tones have changed over the years to include more frantic beats. "A Different Room" is a standout on the album by encompassing the reflective nature of Travis but with heavier beats, and by pairing the distinctive longing in Fran Healy's voice with a harder edge seen on previous albums like "Ode to J. Smith." This is the tale of the whole album - after a five year hiatus, Travis comes back with an album that is full of tones that have meandered throughout their history in a refreshing yet familiar blend.