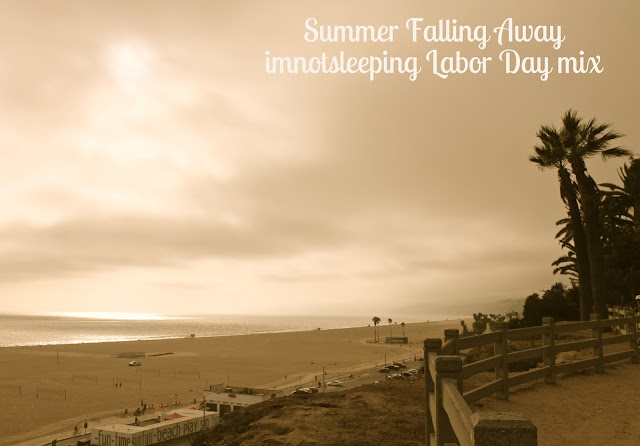 Labor Day Weekend. A weekend that conjures up a mix of bittersweet emotions and a day that gets pushed aside as the black sheep of holidays and seasons. Let's face it, no one wants to admit that summer is nearing its end....no, instead we squeeze as many of the last drops of hot sunshine we can out of 3 days off, with the knowledge that college football starts tomorrow (Go Buckeyes) and the weather that accompanies it isn't too far off. It seems like a harsh change, to leave behind long sunny days, muggy nights sitting on the porch watching the lightening bugs go off, days of riding bikes on the beach with a salty breeze in your hair, and endless carefree BBQs full of craft beers and lawn chairs. The Labor Day weekend, despite warm temperatures most of us will have for at least another month, seems to leave no room for transition, just the harsh reality that colder days are ahead and the beautiful sweetness of summer is waning.

It's an incredibly bittersweet weekend. In some places the nights are already beginning to have a faint chill in the air. The music will start to turn from 'the hot songs of summer' to songs that seem to pine for those few, precious days full of freedom and carefree vibes. But we've still got three days - one last long weekend of summer. And these three days are a mix of both - a mix of feeling like there's still time left to savor, and of a feeling of knowing it's just not long enough. Here's a mix to help you make the transition from carefree sunny days into the quieter days of fall.


Enjoy the weekend, y'all.


Summer Falling Away from imnotsleeping on 8tracks Radio.
Posted by Rachel at 4:33 PM