The third album can be a tricky territory for artists.  They often either use the opportunity to firmly cement who they are as an artist, or use it to go off and try something completely different.  With the release of their third album, Such Hot Blood, The Airborne Toxic Event could have gone in a number of directions, but instead used the Third Album as an opportunity to take what they already do well and put it on steroids, making an album that amplifies the most ambitious parts of an already-ambitious sounding band.  Teetering on the precipice of being exaggerated but managing to balance carefully on that line, Such Hot Blood pushes, but is careful to not deviate too far from their formula.  There's a good reason, too: it works.  Really fucking well. 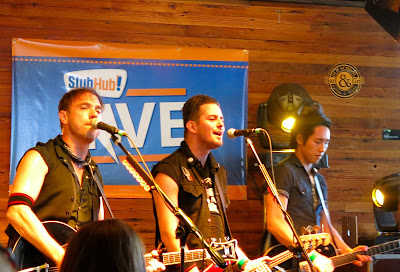 In a recent Rolling Stone interview, lead singer Mikel Jollett talked about being influenced by watching Bruce Springsteen documentaries, where he describes how this taught him to push himself to grow and essentially lay it all out with no regrets.  Its an effort that is obvious on the increased intensity on Such Hot Blood.  "Timeless", the first single, is a lofty, anthemic apex at only the second track on the album, made up of synth heavy guitars, heady themes and spiritualistic lyrics.  Based on Jollett's personal experiences of deaths in his family, it's a track that tackles all the emotions of these life and death experiences with no apologies, binding it all together with his trademark emotive vocals and heavy, heavy guitar making for one helluva heavy, heavy song.  "Timeless" was also on The Secret EP, which was released prior to Such Hot Blood as a teaser.  The tracks that are housed on The Secret are also the tracks off Such Hot Blood that seem to weigh the most, emotionally speaking.  The intensity we've seen previously on songs like "Sometime Around Midnight" is elevated on tracks like "The Storm", a quintessentially-Airborne Toxic Event song with lyrics to make any female fan swoon ("Your face in these pictures looks like a poem"), lyrics to make a poet take pause ("Your body so much like a blanket thrown/on a warm bed at night/like a house in a storm"), and lyrics that just fit perfectly in only an Airborne Toxic Event song ("I surprise myself sometimes/the way the days unfold and this road unwinds/you tell me you see it too/and the miles feel like inches when I think of you").  All of these lyrics are, of course, taken to new heights with the fervent vocals of Jollett, who effortlessly adjusts the emotive quality of his voice on a particular verse by taking the intensity up, and drawing it back down in a controlled manor when necessary. 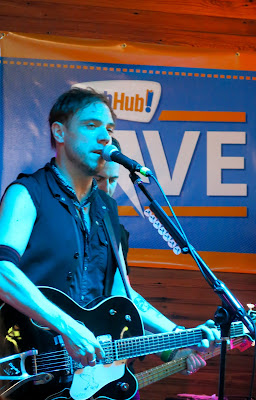 "Safe" is similar in this intensified nature, but with the bass, piano, and strings taking center stage, giving this song a bit more of a subdued quality.  Jollett mimics this in his vocal styling, beautifully accompanied by Anna Bolbroock, the band's only female member.  "The Fifth Day" also places Anna's haunting vocals right alongside Jolletts throughout the song, adding to the bittersweet dimension and culminating in a bold, theatrical climax during the last portion of the track.  Anna's voice takes a new place on various tracks on Such Hot Blood, giving the sense of that little voice from the back of your mind as her soft singing style compliments Jollett's, making his sound more rugged by comparison while the two tones speak to each other as if playing the roles of the conscious and the subconscious. 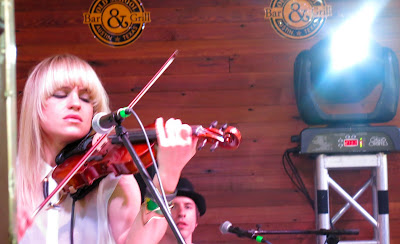 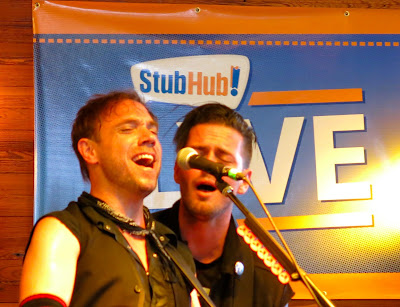 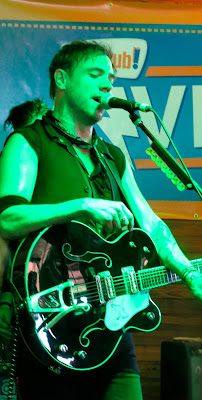 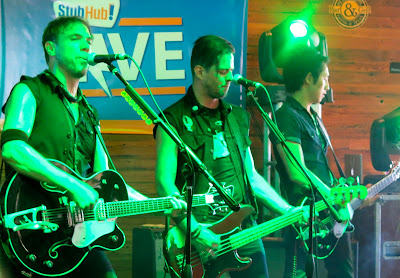 Then there is "Elizabeth", a very different song than the others on the album (or most of their songs, for that matter) with its slow lullaby feel, sheepish vocals and ironically, probably a bit more emotional honesty than normal by holding a mirror up to their typical songwriting topics.  It's a jewel of a song on the album, adding a random bit that hints at a side of The Airborne Toxic Event we don't usually get to see, but perhaps should.

Despite the emotional heaviness and intensity, there is something about all of this that makes it seem like they are actually just having the time of their lives.  They are a band that translates well live, laying it all out there on stage.  But then there's this hint of a sly grin on Mikel Jollett's face, giving away just how much they are actually enjoying themselves.  That kind of sly, joyful grin permeates the album- not in tonality or lyrics, but in the fierceness of the music, and of singing of the perils of heartbreak and life and death - and finding the release and the surrender in being able to do so. 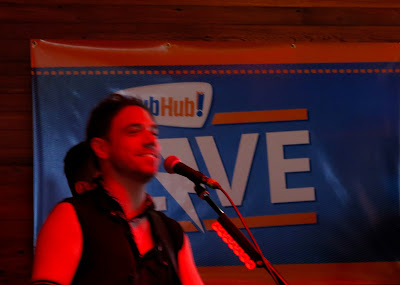