The Trouble With Templeton

At SXSW, nights are long and morning comes way too quickly, which is why I expected a sleepy set when I went to see newcomers The Trouble With Templeton at the SonicBids SXSW showcase at Maggie May's at 11:30 in the morning.  Their debut effort, "Bleeders," has many songs with a softer, quieter vibe they could have easily chosen to play at a before-noon showcase, but instead they treated it as any big show, putting a nighttime energy into a morning set.  Letting it all out on stage during numbers like “Bleeders” and “6 Months in a Cast,” the band’s energy had everyone in the audience rocking.  Who needs coffee in the morning when you can start your day like this? 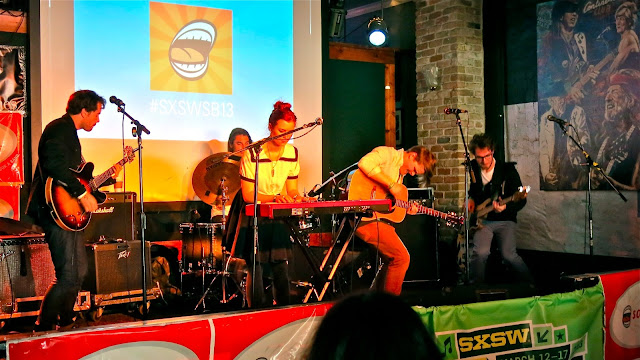 After the show I had a chance to talk with the band, who are from Australia and were in the midst of their first trip to America as a group.  We began by discussing the beginning of The Trouble With Templeton as a solo project of lead singer Tom Calder.  Up until recording "Bleeders," Tom had been playing “a few shows with a different band in Brisbane,” adding, “I just wanted to make a record.”  He did so by recording "Bleeders" using his own equipment in his house in Brisbane, resulting in an album that illustrates obvious songwriting talents and a knack for catchy rhythms with somber tones, making for a stellar debut.  Now, The Trouble With Templeton is a strong force of five, made up of Tom (lead vocals and guitar), Ritchie (drums), Betty (keys and harmonies), Hugh (lead guitar and harmonies), and Sam (bass).  “We’ve all known each other in separate ways over the years,” Tom said. “Betty and I went to high school together, Hugh and I have been best friends since we were younger.”  Additionally, Tom’s brother, a filmmaker, served as an impetus for further introductions: “I was really good friends with Tom’s older brother, who is a filmmaker,” Sam mentioned, while Ritchie added, “We did a film score for one of Tom’s brother’s short films,” when during filming someone pulled out at the last minute and Tom stepped in.  Tom’s brother has also lent his filmmaking talents to the music videos for The Trouble With Templeton, which are artistic, entertaining and point clearly to specific interests like “shlock horror and freaky films,” Tom added, “I used to do a lot of film when I was younger and I don’t really do that as much now, so that’s sort of my outlet.” 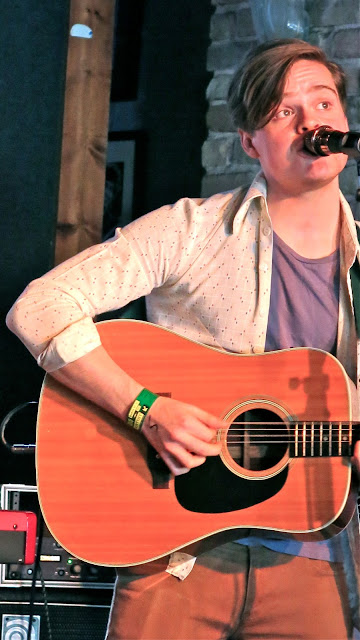 Though The Trouble With Templeton (named for a favorite Twilight Zone episode) started off as one, its growth in members has also quickened an evolution in their sound.  While songs like “Home” and “Tired” off "Bleeders," are soft, lilting tunes with gorgeous slow guitar and vocals, newer tunes like “6 Months in a Cast” and “Like A Kid” submit to a much bigger sound.  With melodic guitar-driven beats and a faster tempo, I was curious whether this means a complete departure from the quieter, slower songs.  Though the new sound is much bigger, “No,” Tom assured, “I mean that’s a big part of the songs,” with Ritchie adding, “We’re conscious of space.”   Working with an outside producer has helped hone this new, bigger sound yet maintain this consciousness of space.  Ritchie continued, “He’s kind of brought a lot to it, in a great way.”

Naturally, the addition of more people has brought more influences to the table and to their sound.  “Its so, so eclectic – because so much of our sound is everyone individually contributing,” Tom said.  Sam is a fan of Miles Davis, John Coltrane, and Tony Williams; with Hugh adding, “I’m a massive Radiohead fan, so I love the ethereal sounding stuff.” He also counts Bright Eyes and Death Cab for Cutie amongst his influences, a sentiment echoed with other favorites like Elbow and The National.  "I love Laura Marling,” Betty added, continuing “and I also had an upbringing in musical theatre.“  Tom also counted The Beatles amongst their favorites, and when asked which album by The Beatles tops their list, unanimous groans went around as if the task of choosing just one was impossible, until an eventual agreement was met on albums like "Rubber Soul" and "Revolver." “I guess the thing is we’re definitely not limited to what we play,” Tom added, “We like all sorts of music.” 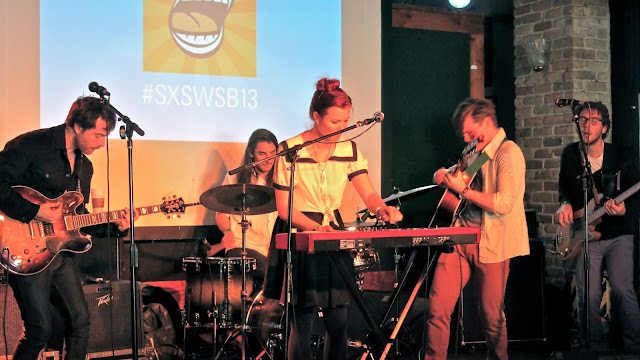 Each band member was introduced to music at a young age, allowing them to grow up around music and form various styles that add a maturity to their sound despite their youth in age. “I got a guitar when I was about two years old,” Sam mentioned, “My grandmother got me a guitar.” Hugh started playing in junior high: “I basically just started playing in like year 8. It was a good distraction from homework and I really liked it. I started playing piano…took a few lessons with that.“ Betty, who now plays keys, says she “started playing guitar in high school. And I took piano after that. Music was always kind of around.”  Ritchie grew up in a house of music with a father who was a drummer.  “He toured Australia a bit. So there was just drums at home already when I was a kid I just played them…because he was a drummer my mom didn’t care about the noise. She was already used to it. So I could just go in any time of the day or night and play.”  And as for Tom? “I guess, I’ve always loved music,” he said, “but as far as writing, I only got into it to write songs. That was the biggest thing.”

With the addition of band members the approach to songwriting has evolved as well.  “The metaphor that I’ve always used is the skeleton. I’ll bring in the skeleton,” Tom said, “some form of something, and then we all flush it out even further.” The songwriting process, inspiration and themes are “different every time,” Tom stated, “For this album-the next one in particular- its just about perspectives and seeing things through different people’s eyes and how perspectives can change here, and in your whole life.”

This next album - their first as a full band - will no doubt explore those themes and bring an energy and soul that I witnessed during their morning set at SXSW.  Despite their age (Tom was only 20 when he began recording "Bleeders"), they have approached performing and songwriting with a depth usually reserved for more seasoned musicians.   There is a natural cohesiveness that allows them to showcase their musical chops while continuing to grow as a unit and individually. With the seemingly effortless talents displayed on "Bleeders" and the natural growth on their new tracks, the band is continuing to rise quickly and easily cement their status as a new band to watch.

The Trouble With Templeton spotlight from Kerry Ware on Vimeo.

Email ThisBlogThis!Share to TwitterShare to FacebookShare to Pinterest
Labels: australia, music, SXSW, the trouble with templeton