Those of us that are obsessive about music love a lot of it and love a lot of different kinds of it- but we are also very picky about it.  So when something comes across my ears that makes them perk up, I pay attention.  I also want to share. 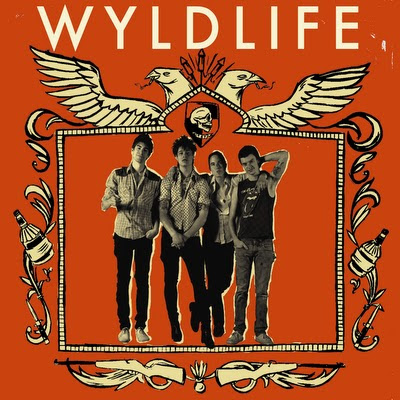 This week my obsession is a new band out of New York called Wyldlife.  Their sound is Strokes, JET, and Hives- esque, garage-rock, unabashedly punk with poppy melodies, beats that won't quit and an energy that can permeate any blah mood and turn it on its head.  And that's just the first song on the album.

The strongest track on the album is this first track, City of Inbreds.  Listen at your own risk, because this hook is going to permeate your brain for the rest of the week:

The sound is stripped down yet somehow fills your ears, forcing uncontrollable head-bopping and a sudden urge to be in a bar on the Lower East Side.  Something tells me that seeing these guys live would be an insanely good time.  Their unembellished sound tells listeners that what you hear is what you get.  This album is the real deal.  In today's auto-tuned, lip-synched, over-produced music market, its also incredibly refreshing.

You can buy Wyldlife's debut album HERE.
Posted by Rachel at 8:03 AM